Verkhovna Rada (Parliament) of Ukraine has approved on Thursday 16 December in the first reading the bills Nos. 5688 and 5689 on amendments to Tax Code and Customs Code introducing fiscal stimuli for the industrial parks, as per Ukrinform.

The draft law №5688 on amendments in Tax Code with regard to creation of favourable conditions to attract massive investments in the industrial production was voted by 256 people’s deputies.

The bill authors grounded their proposals on the fact that the current legislation on industrial parks in Ukraine stipulates for obviously insufficient advantages to their participants in order they could become a catalyst for the national economy development.

According to the bill authors, a conservative scenario of its implementation involves the full launch of 50 industrial parks in Ukraine (43 existing and 7 new). In particular, US$50M should be invested in existing parks in the medium term, and US$100M in the new ones. Thus, the additional volume of attracting investments would reach US$2.85Bn.

According to the optimistic scenario, a full-fledged launch of 100 industrial parks in Ukraine (of which 57 are new) is expected. At the same time, US$100M would be invested in existing parks in the medium term, and US$200M in the new ones. Thus, the additional volume of attracted investments is going to reach US$15.7Bn. 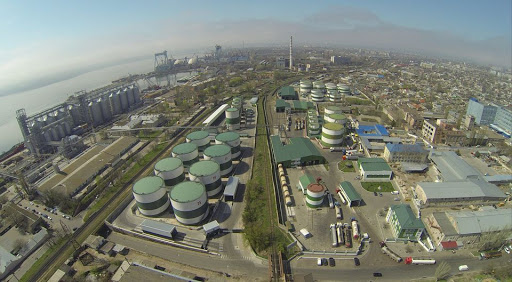 Bill No. 5689 on amendments to Customs Code regarding the creation of favourable conditions to attract large-scale investments in the industrial production was supported by 237 votes.

The document provides for exemption from import duties on new equipment that is imported by participants of industrial parks included in Register of Industrial Parks, exclusively for their own use in the processing industry (except for the production of excisable goods) or research activities in the territory (within the limits) of an industrial park.

The bill prohibits transfer of this equipment to rent, lease or use to third parties or on any other terms. In this case, the relevant goods must be new and manufactured no earlier than three years before the date of their import into the customs territory of Ukraine. The procedure for the import and intended use of these goods shall be established by the Government.

An industrial park shall be a specially organised area for the location of new industries, provided with energy resources, infrastructure, the necessary administrative and legal conditions, managed by a specialised company. Development of industrial parks is the most important component of industrial policy aimed at overcoming the economy’s backward raw material structure.

In September Verkhovna Rada adopted amendments to the Law on Industrial Parks aimed at attracting investments. In particular, it is envisaged to introduce compensation to management companies, initiators of the parks creation being business entities and participants thereof, namely 50% down of the power grids connection costs. Also, compensation is being introduced to participants of industrial parks for interest on loans (depending on the share of their own production exports) and partial compensation for investments in the production set-up carried out during the first three years.