The company Brooklyn-Kiev, an operator of Odessa Port, is completing construction of the new grain handling complex (GHC) at the Androsovsky jetty, as reported by Press Office of the port authority.

Already as this autumn begins GHC should be launched in the operational area of Berth 1-c which was finally built in the end of the last year by Ukrainian Sea Ports Authority (USPA). “After the corresponding dredging the processing capacity of GHC will amount to 4M t per grain marketing period”, noted Press Office. 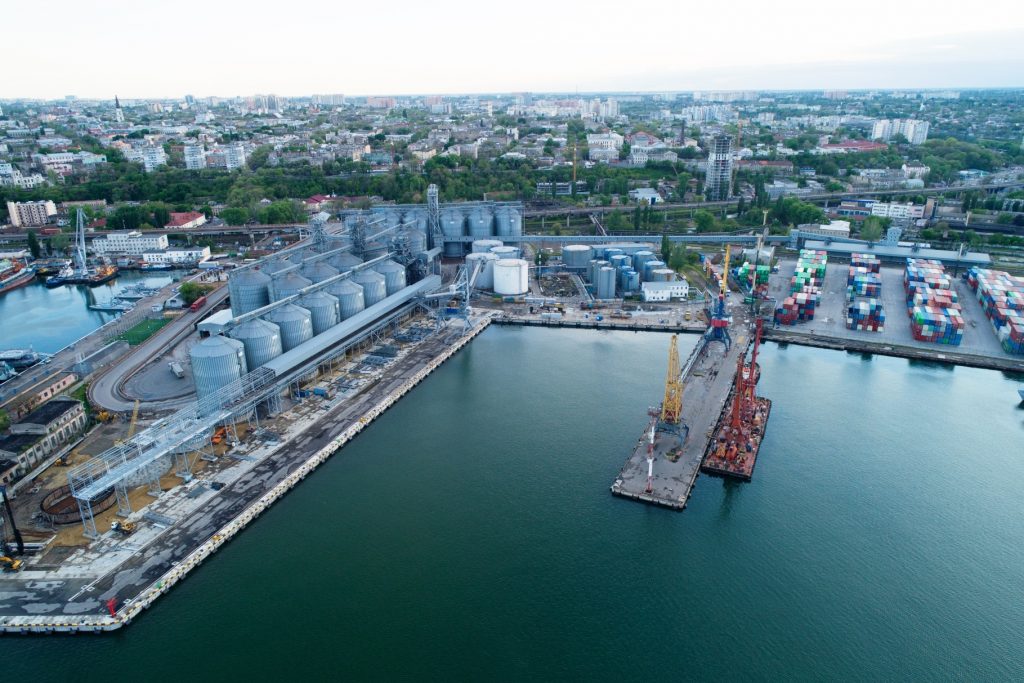 Moreover, Brooklyn-Kiev has prepared the feasibility study on developing the design of Berth 42 in Cereal Harbour extension by 115 m. This project realised, the companies Brooklyn-Kiev, Brooklyn-Kiev Port, and Ukrelevatorprom should considerably enlarge their throughput in prospect.

As of the late May 2021, there were silos and elevator equipment mounting works in process at the second phase of GHC construction at the Androsovsky jetty. Brooklyn-Kiev had planned to complete the construction and mounting works by the beginning of 2021-2022 marketing year.

In December 2020 the construction of a new Berth 1-z was finalised at the Androsovsky jetty. This berth is a part of a large investment venture implemented by USPA jointly with Brooklyn-Kiev and и Louis Dreyfus Company (LDC) under the financial support by European Bank for Reconstruction and Development (EBRD). The investments in total amount to above $100M.

Earlier USPA had fulfilled dredging down to 12 m in the operational harbourage of the new Berth 1-z at the Androsovsky jetty.