The start of river transport reform and restoration of inland waterways is a priority task for Ministry of Infrastructure of Ukraine (MIU) for this year, proclaimed lately Minister of Infrastructure Vladyslav Kryklii in the course of online meeting on the development of river tourism in Ukraine, as reported by Press Office of MIU.

“The inland waterways renewal concerns not only increase of the cargo flows by rivers, but also advancement of passenger traffic. We have wonderful touristic routes, say to Kaniv and Chornobyl, where such a communication is going to get demand and be the most optimal. And we ought to foster it”, further pointed out Minister. 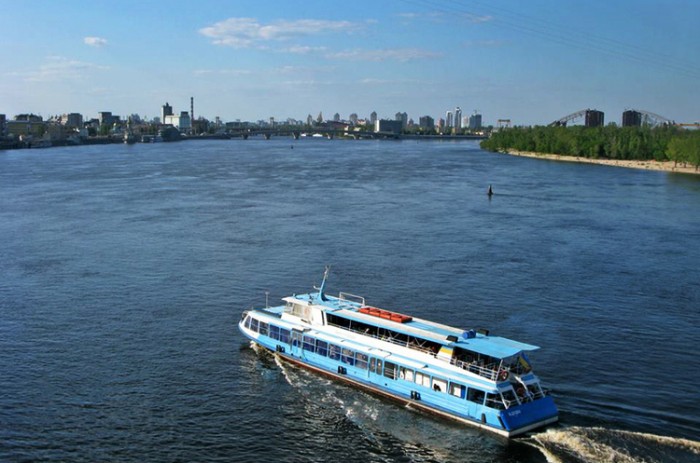 As per his words, the authority continues working on development and adoption of about 50 by-law acts necessary for normal functioning of the inland waterways after Law on Inland Water Transport enters into force.

At the same time, there is Inland Water Transport Development Strategy being elaborated at the moment, the roadmap of which would envisage the steps towards development of passenger traffic.

“For the pandemic period the domestic tourism will remain preferable. That’s why we must do everything possible to employ the Dnipro capacities not 10% as it is now, but to the full extent as it used to be back in the Kievan Rus times when the famous trade route from the Varangians to the Greeks existed”, underlined Minister of Infrastructure.

During the meeting its participants also discussed a possibility of launching tourist itineraries by the river in the ranges Kyiv – Kaniv, and Kyiv – Chornobyl.

In December 2020 Verkhovna Rada (the parliament) passed Law on Inland Water Transport pushing the start of river traffic in Ukraine, tuening the Dnipro into a powerful artery. According to the expectations of Minister Kryklii, the new law will enable to enlarge the cargo flow up to 30M t a year with the economic effect for the state of some 13-16Bn annually.