In October – November 2021 Ukrainian and foreign investors will be able to take part in online auctions on the privatisation of Bilhorod-Dnistrovskyi and Ust-Dunaiskyi sea trade ports, as reported by the head of State Property Fund (SPF) regional office Oleksandr Slavsky.

“Following the open bidding sale of the Odessavinprom property complex, we are getting ready to conduct in October – November Bilhorod-Dnistrovskyi and Ust-Dunaiskyi ports privatisation auctions, as well as lease out large objects in other sea harbours”, noted Mr Slavsky during Odesa 5T Investment Promotion Forum on 16 September. 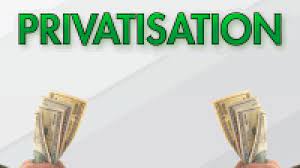 In particular, there are three large objects in the sea trade ports of Chornomorsk and Odessa planned to be rented through the auction. The site in Chornomorsk Port to be rented is above 100,000 m2, while that in Odessa comprises two objects of less area.

According to Oleksandr Slavsky, SPF also prepares the port of Skadovsk to privatisation.

The head of regional SPF office has pointed out that Fund “not only forms the atmosphere of confidence at the privatisation bidding, but also reliably protects proprietary interests of investors thanks to the auctions’ transparent procedures”.

“You should be sure: nobody will approach you with raiding intents. And even if someone would, we are at side”, he summed up.

Earlier SPF Vice Chairman Taras Ieleiko told in an interview that Fund accounted on selling the two ports in 2021 – Bilhorod-Dnistrovskyi and Ust-Dunaiskyi, having their assets already transferred to its books. There is also the work going on the transfer and forming an integral property complex of Skadovsk Port – the privatisation auction on this port’s assets is expected to be announced by the end of this year, so the new owner will come already in 2022.