Odessa region will receive a direct investment of $ 40 million under an agreement signed by the Ukrainian Sea Port Authority (USPA) and the group Risoil S.A., based in Geneva (Switzerland). The funds will be invested in the development of the Chornomorsk port.

In particular, Risoil Terminal LLC, Ukrainian, subsidiary of the Swiss group Risoil S.A., plans to build a double-sided pier 339.75 m long in the harbour at the junction of berths No. 10 and 11.

This was reported by the Minister of Infrastructure of Ukraine Oleksandr Kubrakov.

This project has been discussed for 13 years, and finally we can say that it will be implemented. And this is $ 40 million in direct investments, more export opportunities for Ukrainian producers, new jobs. The port of Chornomorsk needed dredging 15 years ago, all this time this task has appeared in the priorities and strategic tasks of the Ministry and the port authorities. Private investors were ready to invest money, but they needed guarantees and determination from the State.

The Ministry of Infrastructure noted that this is the first agreement that is signed with stakeholders according to the “Take or pay” norm. It is assumed that if the USPA costs for the project do not pay off within a certain period of time, the Administration will receive appropriate compensation from the port operator. 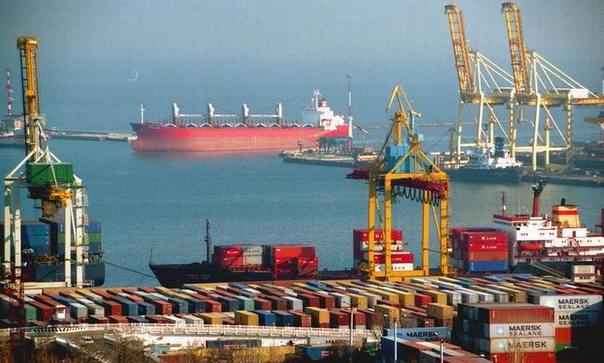 The USPA, in turn, will carry out dredging works on the approaches to the pier behind the third stage of the water area of ​​the 1st bucket of the Sukhoi estuary, with a depth of 15 m.

Now, in Ukraine there will be another double-sided berth, which can receive and efficiently handle large-capacity vessels, which are extremely necessary for agricultural export. According to the idea of ​​the project, Panamax-type vessels will be able to enter the port.

In the next 5 years, more than UAH 17 billion of capital investment is needed to update the infrastructure of Ukrainian ports, the Ministry added.

Risoil S.A. was founded in 2000 in Geneva, Switzerland, by Ukrainian investors. The company offers the following services:

About the Port Chornomorsk

This is one of the largest ports in Ukraine, located South of the city of Odessa. The port was commissioned in 1958. The railway ferry complex is located in the 5th terminal of the port and includes 3 berths. Their annual capacity is about 4.5 million tons of cargo in railway wagons, 35 thousand trucks and 250 thousand cars.

The Terminal combines the possibilities of transshipment of railway wagons, trucks, containers and cars. It is the only such terminal in Ukraine and one of the largest terminals in the Black Sea.